Bella Swan is seventeen and she has just moved to Forks, Washington. The world coldest and wettest place in the USA. She has gone to live with her father who is the police chief in Forks.

Despite being socially awkward, Bella's fellow classmates seem drawn to her. Everyone that is except the Cullens. Particularly Edward Cullen who can't get away from her fast enough. The problem is Bella feels a strong attraction towards Edward.

Edwards seems determined to avoid Bella and push her away. That is until he saves her life. Soon Bella discovers why the Cullens keep their distance - There all vampires.

It has been years since I've read this book. I went off the series when the whole world became obsessed with it when they turned it into a movie.

Last week, I sat and watched all the films which made me really want to read the books again, as the films were okay but I remembered the books being much better and wanted to reread them. I am so glad I did.

I really enjoyed reading this book again, after all these years, I really had forgotten how good it was. It is so well written and I like how your not like your usual vampires. It's different which makes it even more interesting.

The characters are really well described so you can imagine what they look like without having to refer to the actors and actresses in the films as I don't like the people that are in the film.

The plot is fast paced, entertaining and captivating. It keeps you hooked throughout. Overall a really good book. 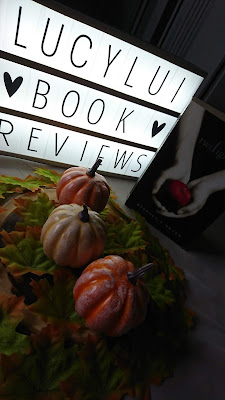