The Lost Witch by Melvin Burgess

The Lost Witch by Melvin Burgess

Bea has started to hear and see things that nobody else can. It all started with rabbits and now she has no idea what is happening. Until one day when strangers appear and tell Bea she is special, different, she's a witch. A witch with very special powers.  The strangers also warn Bea she is being hunted. There are Witch hunters out there and they would kill to get their hands on her powers.

Bea's parents think she is ill and needs psychiatric help. All Bea wants is to get on with her life and to be normal. But in the world of witches, Bea's destiny has already been decided and her help is needed.

I got this book from my Book Box Club one month. (See July Reveal Post) I was unsure about this book as I found it very slow in the beginning and almost gave up on it. However, The more I read the more I enjoyed it and I am glad I stuck it out.

I found Bea to be a bit annoying at first but warmed up to her the more I read on. Although the fact that she couldn't see what was going on right in front of her was really annoying. I found the plot to be rather predictable as I was able to guess the whole Lok secret and it did annoy me how long it took Bea to click on.

I found the plot to be a bit all over the place at times. But like I said earlier if you stick with it, it does get better. For all these reasons I have chosen to give this book three stars.

Rating - Three out of Five Stars
Would I Read Again? - No
Would I Recommend? - Maybe
Would I read other books by the same author? - Yes 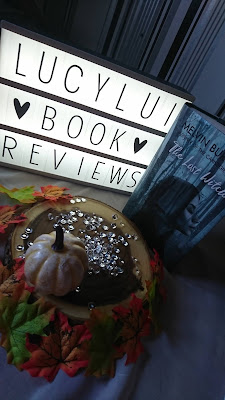