There's something wrong with the animals, all over the world, there have been reports of brutal animal attacks. Jackson Oz is a biologist who lives in Africa. After hearing about all the recent animal attacks then witnessing a coordinated lion attack he becomes increasingly worried and suspects there is something more going on than the world thinks.

As many of you may know this book was turned into a TV show, which was very good and in most parts true to the book. The book, however, as in most cases was so much better.

Just the concept of the plot from is so different from anything else I've read making it even more interesting. Of course with an amazing author like Patterson doing the writing the book was excellently written and gripping and I couldn't put it down.

This book is so good I own the Kindle edition, a paperback version, the audiobook and I have the complete TV series too.

The characters really add to the story, giving it real depth and helping to keep the reader hooked. I found the characters to be really likeable and realistic and overall very well written.

The pace of the book kept, you reading on and needing to know more, so much so I just couldn't put it down. The plot was captivating, easy to follow and really enjoyable.

A fantastic read, I would recommend to anyone looking for something different. 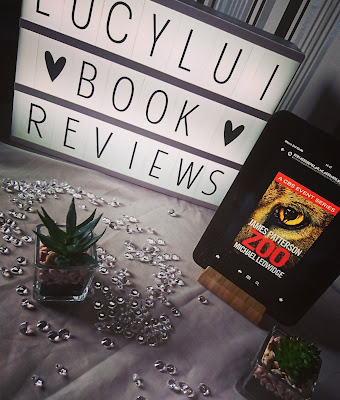