The Last Straw by Ed Duncan

The Last Straw by Ed Duncan

The Last Straw is the second book in the Pigeon-Blood Red series by Ed Duncan.
A young girl witnesses a carjacking gone terribly wrong, she then becomes the target of a crime boss who has marked her for death. Nobody knows why he has targeted her as he seems to have no apparent connection to the carjacking. All everyone knows is they need to protect this young woman.

The girl and her family seek guidance from a family friend and lawyer Paul Elliot and it's not long before he is caught up in the whole mess.
Rico is a hitman for hire but has always said he has never killed anyone who doesn't deserve it and he tries his best never to kill women or children. So when this crime boss tries to hire Rico to take out the young witness he refuses. But that, unfortunately, means the job goes to someone else, someone without Rico's morals. He has no issues killing children or women and his name is D'Angelo.

Rico and D'Angelo have a long-standing feud and when Rico hears the job has gone to D'Angelo, he forms an unlikely alliance with Paul Elliot to save the young girl.

D'Angelo is your typical villain, you dislike him and you don't want him to succeed which also makes you root more for Rico and Paul. The characters are really well written and so is the plot. A really easy to follow plot with a steady pace which builds up throughout the book.

A really well-written book and I very much enjoyed it and look forward to reading the first one and then this one again so that I get a better understanding of the characters and their backgrounds and histories. 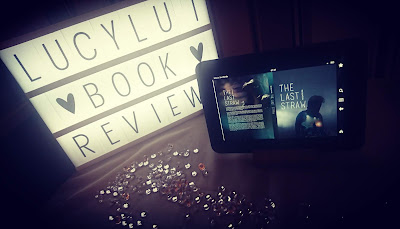