On March 13th, 2018 I attended an event at Mansfield Central Library where Cath Staincliffe was giving a talk about her move from writing novels to writing the scripts for the Blue Murder TV show and also about her experience in writing for the radio.

Staincliffe's first novel was the first in the Sal Kilkenny series. This series is about a female private investigator, with a family and lots of personal baggage. This series shows how a working mother makes things work and all the troubles that go alongside the two worlds.

After this Staincliffe wrote a police procedural novel about a female police detective inspector. After working with smaller publishers, she decided to send this book off to some bigger publishers. Unfortunately, she was rejected. This was an issue she was not alone in. In 2000 Staincliffe and a group of other crime writers set up a group called Murder Squad. http://murdersquad.co.uk/
They use this site to advertise their work, put on events and they also wrote an anthology together of short stories.

It was due to another member of Murder Squad, Anne Cleaves that Staincliffe got into TV.
Cleaves suggested to Staincliffe that she should take her Blue Murder books to Granada Studios in Manchester as they were looking for a series based on a female detective. It is was from here that the TV series Blue Murder was born. Staincliffe also wrote the scripts for the show.

With the success of Blue Murder came an invitation to take the TV series Scott and Bailey from the TV into novels. The books are about what happens before each season of the TV show, so they act as a filler while the show is off the air. This also means the books are completely new content and not just writing what has already happened.

Staincliffe was given five months to write the first book. She did this alongside writing another book she had already started. The first book was such a success they commissioned her for two more.

Staincliffe also does Radio series on radio four along with some other crime writers. At the moment she has a radio drama running on radio four called Stone. 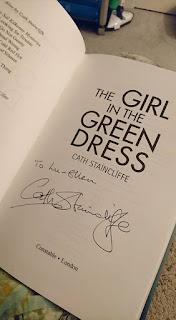 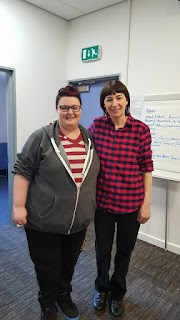 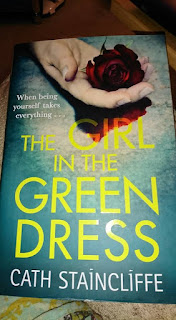 Cath Staincliffe has agreed to do an interview with Lu's Reviews, so keep your eyes out for that coming soon.