Every Three Hours by Chris Mooney

Every Three Hours by Chris Mooney
Title - Every Three Hours
Author - Chris Mooney
Published - Feb '16
Publisher - Penguin
Pages - 400
Price on Amazon - Paperback - £6.99 Kindle - £3.99
ISBN - 145922435
Every Three Hours is the sixth book in the Darby McCormick series by Chris Mooney. Darby is back in Boston with Coop. When she arrives at Boston police station she is confronted by a guy wearing a suicide vest, claiming to have planted several bombs around the city, which he intends to set off every three hours if his demands are not met.
I enjoyed this book, it was different from the others in the series, rather than chasing a serial killer she is dealing with a single person threatening the whole of Boston. It was also nice to see Darby's father mentioned again, as I believe a lot of what led Darby to where she is today has to do with her father.
As always this book was well written with a great plot and fantastic characters. I have now read the whole series and cannot wait to read more of Chris Mooney's books.
Rating - Five out of Five Stars
Would I Read Again? - Yes
Would I Recommend? - Yes
Would I read other books by the same author? - Yes
Reviews for this book can be found on:
Amazon under Lu's Reviews
Goodreads,
Net Galley (If a NetGalley Book)
My Blogs at www.lu-ellensreadingandreviewingblog.co.uk
www.lusreviewsblog.wordpress.com
Links to this review can be found at:
Twitter: @lusreviews
Facebook: @lusreviews
Instagram: lusreviews 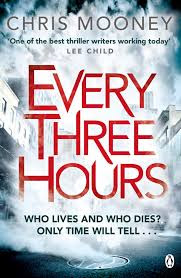