Only the Truth by Adam Croft
Title: Only the Truth
Author: Adam Croft
Published: March 17
Publisher: Thomas & Mercer
Pages: 268
Price on Amazon: Paperback: £4.99 Kindle: £3.98
ISBN: 1503941795
When everything points to you, only the truth can set you free.
Daniel is away for work, staying in a hotel in Herne Bay. He sees no harm in having a little fun with the hotel receptionist Jess while he's there. One day after returning to his room from dinner in the hotel restaurant, Daniel finds his wife's dead body in his bathtub. In her hand is her mobile phone which has an incriminating text message on it which seems to have been sent from Daniels phone.
Two things are clear to Daniel at this moment. First, his wife has been murdered and second he is being framed for her murder. In that second Daniel decides to run, taking Jess with him. Can he escape whoever killed his wife and framed him whilst also trying to escape the police. Can Daniel clear his name?
When I read this blurb of this book, I thought it sounded really interesting. Unfortunately, I was wrong. I found Daniel to be the single most annoying and stupid character I have ever encountered. I can understand the instinct to run when faced with what he was faced with, however, to run away with the receptionist, a woman he was sleeping with behind his wife's back. Apart from making himself look even more guilty. Jess could be anybody, he hardly knew her at all. Without giving away any spoilers. I knew who the killer was straight away and I could see all the trouble Daniel was going to get himself into.
All in all this book I found to be completely predictable and just rediculous. The only reason I finished it was to confirm I was correct in whom the killer was and I was. I have chosen to give this book a single star as I will not reread nor will I recommend this book. I found it to be badly written and too predictable.
Reviews for this book can be found on:
Amazon under Lu's Reviews
Goodreads,
Net Galley,
My Blogs at www.lu-ellensreadingandreviewingblog.co.uk
www.lusreviewsblog.wordpress.com
Links to this review can be found on:
Twitter: @lusreviews
Facebook: @lusreviews
Instagram: lusreviews
Tumblr: lusreviewsblog
Flikr: Lu's Reviews 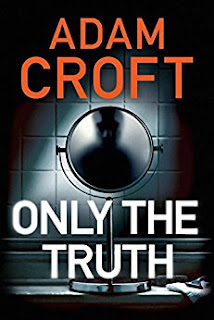