Seven Suspects by Renee James
Title: Seven Suspects
Author: Renee James
First Published: Oct 2017
Publisher: Ocean view Publishing
Price on Amazon: Hardback £20.79 Kindle: £19.74
ISBN: 1608092550
Seven suspects the third novel in the Bobbie Logan Series.
Bobbie Logan is a successful business woman, a wonderful hairdresser and a tremendously strong person. She has survived rape, gender-transition, bullying and bigots, a murder trial and so much more and now she has another battle to survive.
Along the way, Bobbie has made enemies and now she has a stalker, as each day passes he gets closer. Bobbie comes up with a list of six suspects and having made the decision a long time ago she is never again going to be a victim she decides to stalk her possible stalkers. As Bobbie tried to work out who her stalker is, going through her list of suspects one by one with nothing but her witty one liners and a can of mace for protection can Bobbie figure out who her stalker is before he gets her.
One thing that is bothering Bobbie while on her mission to find her stalker is the number seven, there must be a seventh suspect but who is he? When Bobbies stalker is revealed can Bobbie escape with her life this time?
I received this book as an advanced copy from Net Galley in exchange for an honest review. Now when I got this book, I didn't realise it was the third in the series, whilst reading it I did wonder if there was another book before it as things seem to have happened before the book that was discussed as if I was expected to know about them however, I continued with the book and I am so glad I did because I really enjoyed it. I must say I will be heading on over to Amazon to buy the others in the series as I enjoyed it that much.
This is the first book I have read that involved the Transgender community and I think it is fabulously written. I found Bobbie to be a wonderfully written, strong feminine yet powerful character. The plot flowed really well and was easy to read and follow. I loved the fact that Bobbie and her ex-wife were friends and had become like sisters after Bobbie's transition. I enjoyed how it showed the real life side that we in the LGBT community get both negative and positive reactions from people. I loved how Bobbie dealt with the negativeness and the bullying as that is how I myself deal with homophobia I use sarcasm and snappy one liners rather than getting into what I see as stupid heated arguments.
All in all, i gave this book four out of five stars I think if I had read the others in the series first I would have gone on to give the book five out of five stars.
Reviews for this book can be found on:
Amazon under Lu's Reviews
Goodreads,
Net Galley,
My Blog at www.lu-ellensreadingandreviewingblog.co.uk
Links to this review can be found on:
Twitter: @lusreviews
Facebook: @lusreviews
Instagram: lusreviews
Tumblr: lusreviewsblog
Flikr: Lu's Reviews 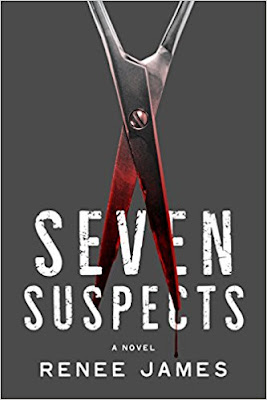